Spring is rapidly approaching which means SXSW 2020 is right around the corner! Husch Blackwell’s healthcare team is most excited about the Health & Medtech track which brings together innovators, entrepreneurs and investors in the healthcare and technology space. Members of the team will be participating in the various sessions and events that are occurring…

On Wednesday, April 17, a three-judge panel of the Eighth Circuit heard oral arguments in an appeal from the United States District Court for the Eastern District of Missouri in Horton v. Midwest Geriatric Management LLC. Although the forthcoming Eighth Circuit decision would add to the split among the federal circuits as to whether…

Over the last several years, many healthcare providers have struggled financially due to decreased reimbursements and changing payment models. Hardest hit are providers in small towns that do not benefit from being part of larger healthcare systems. Seeking relief, they may initiate Chapter 11 bankruptcy proceedings and sell assets to third parties to relinquish liabilities.
END_OF_DOCUMENT_TOKEN_TO_BE_REPLACED Patricia Smith, U.S. Department of Labor solicitor, recently announced the final rules regarding the changes to the FLSA White Collar Exemption Regulations will be published in July 2016. She also indicated the regulations will be effective 60 days after their publication. This means the changes will become effective no later than September 2016.
END_OF_DOCUMENT_TOKEN_TO_BE_REPLACED In a recent webinar, Husch Blackwell healthcare attorney Curt Chase presented strategies for integration in the pediatric marketplace. The webinar focused on the Group Practice Subsidiary Model that balances the respective goals and desires of hospitals and community physicians.
END_OF_DOCUMENT_TOKEN_TO_BE_REPLACED Husch Blackwell Labor and Employment attorneys Terry Potter and Robert Rojas presented a webinar Feb. 3, 2016, on Workplace Safety vs. Workplace Gun Rights. The webinar focused on the legal landscape of current gun legislation, how certain legislation effects employers and the workplace, and how to minimize any risks associated with that legislation. Workplaces, including those in the healthcare industry, are facing the effects of such laws.
END_OF_DOCUMENT_TOKEN_TO_BE_REPLACED 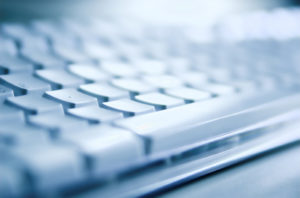 The Wall Street Journal is reporting  that the Department of Labor’s new overtime regulations are not likely to be final and implemented until late 2016. As we discussed in prior posts, in June of this year the DOL proposed regulations that would significantly increase the salary basis test for most FLSA exemptions. The proposed change would make several million more employees eligible for overtime payments, which could have a significant impact on an employer’s bottom line. Many commentators and employers were anticipating the new regulations would go into effect either late this year or early 2016. According to the WSJ report, however, the DOL’s Solicitor of Labor, Patricia Smith, recently commented at a labor and employment law conference that the new regulations are not likely to be final before late 2016. According to the report, Ms. Smith noted the DOL received approximately 270,000 comments in response to the proposed regulations and that this, along with the complex nature of the changes, warranted additional time to complete the regulations.
END_OF_DOCUMENT_TOKEN_TO_BE_REPLACED Attorneys, compliance officers, accountants, and other professionals who advise clients in the healthcare industry may want to consider attending a coming event next month in Chicago. Featuring Husch Blackwell attorneys Cori Turner and Bill Hopkins, the Fundamentals of Health Law will be held Nov. 15-17. In July 2015, the Centers for Medicare & Medicaid Services (“CMS”) published a proposed rule pertaining to payment policies under the 2016 Medicare Physician Fee Schedule (“Proposed Rule”) (80 Fed. Reg. 41,685). In addition to changes to the Medicare Physician Fee Schedule and other Medicare Part B payment policies, the Proposed Rule addresses modifications to the Stark Law and provides guidance on CMS’s interpretation of existing Stark Law exceptions.
END_OF_DOCUMENT_TOKEN_TO_BE_REPLACED

After missing several self-imposed deadlines to release new FLSA wage and hour regulations called for by President Obama, the DOL released proposed rules on Monday that will dramatically increase the number of employees eligible for overtime payments. As expected, the proposed changes focus primarily on the salary threshold for the “white-collar” exemptions to the overtime provisions of the FLSA.
END_OF_DOCUMENT_TOKEN_TO_BE_REPLACED